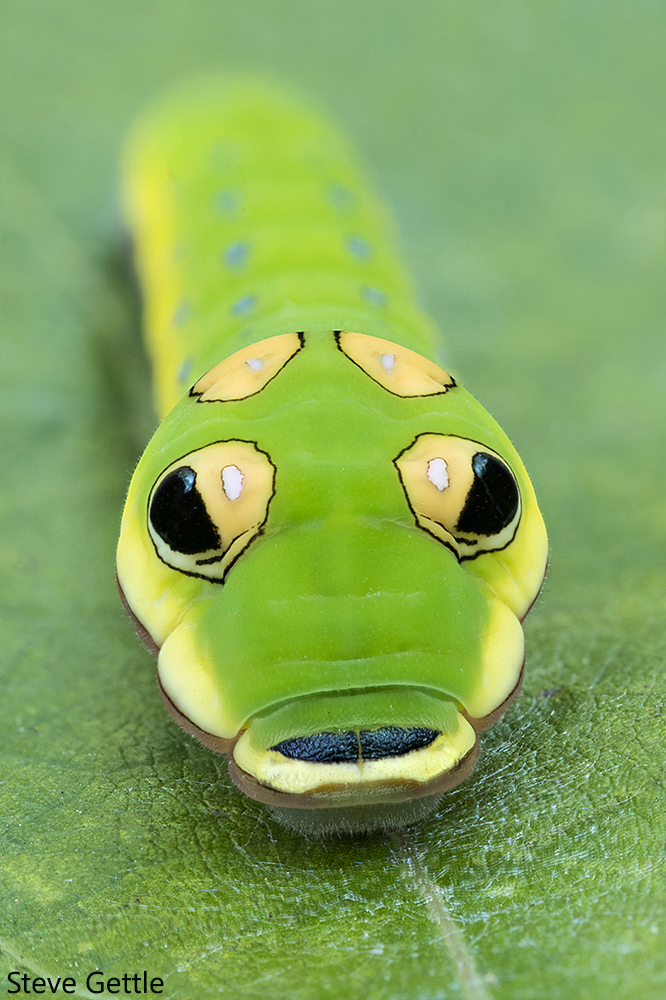 Life is tough if you are a caterpillar. You are virtually a slow moving little bundle of protein, and on the menu for many creatures. I have heard it takes about 9,000 caterpillars to raise just one family of Chickadees! One of the things I find most interesting about these creatures are the many adaptations they use to avoid being eaten. Take this cute little beast above, which is the caterpillar of a Spicebush Swallowtail. It is no accident that its false eyes and mouth make it look very much like a snake, any bird is going to think twice before it grabs this excellent snake-mimic!

In order to be eaten you have to be seen, many caterpillars use camouflage very effectively to avoid becoming dinner. 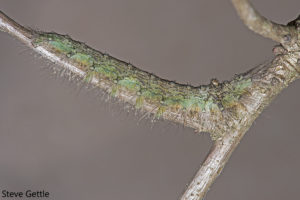 This Large Tolype “Cat” looks very much like a fuzzy piece of Lichen on this branch. 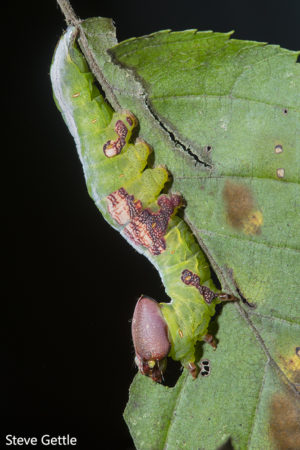 If you eat leaves for a living and you want to hide, of course its not a bad idea to look just like another part of the leaf, even copying the fungus spots on the leaf. 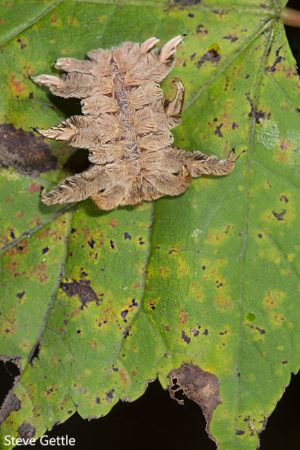 This unusual creature is a Monkey Slug caterpillar it is believed that it is trying to look like the shed exoskeleton of a spider. certainly not anything you would want to eat. 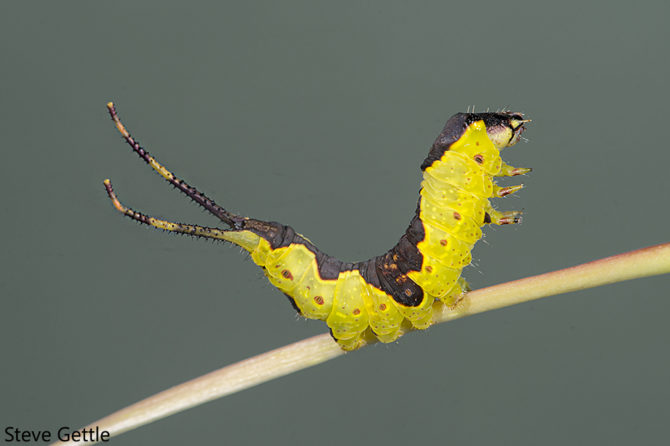 Another threat to our caterpillar friends are Parasitic Wasps. These tiny wasps land on the backs of caterpillars and use a sharp ovipositor to pierce the flesh and lay their eggs inside. Upon hatching these larval wasps start eating the caterpillar from the inside out. Once this Gray Furcula feels the presence of a wasp it flails its forked tail about wildly to convince the mother to find an easier victim to convert into her nursery. 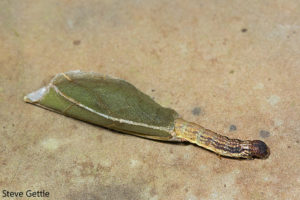 A great defense against both Parasitic Wasps and all the things that want to eat you is to just carry your house with you. Such is the case with this Sack-bearer caterpillar which uses silk and three pieces of leaf to build a shelter that it carries everywhere it goes. Whenever it feels threatened it ducks inside and grabs a nap. 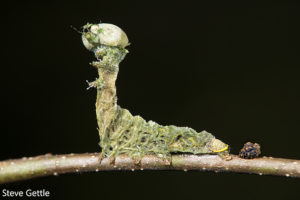 I won’t even talk about some of the terrible things fungus do to caterpillars!