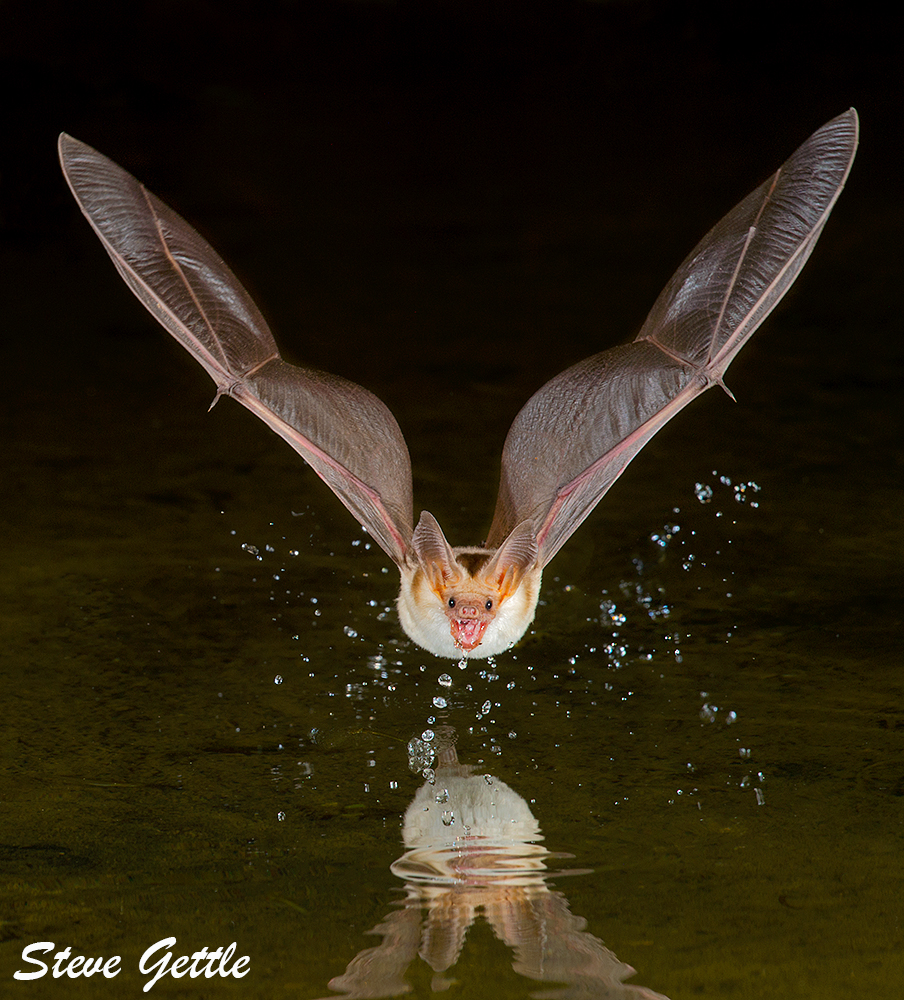 Just returned from a great scouting trip to Southern Arizona. While there I spent a couple nights photographing bats drinking on the wing from a small pond in the dessert.
To create this image an infrared beam was wired up to four high-speed flashes. My tripod mounted camera was set on a twenty second exposure and pre-focused on the spot where the beam crossed the pond. When a bat dropped down to get a drink, it broke the beam which fired the high-speed flashes and made the exposure. If the beam was not broken during the twenty second exposure the flashes never fired, I got a black image, and moved on to the next frame.
Special thanks to Bill Forbes who is the owner of the property with the pond and was instrumental in the creation of this image.