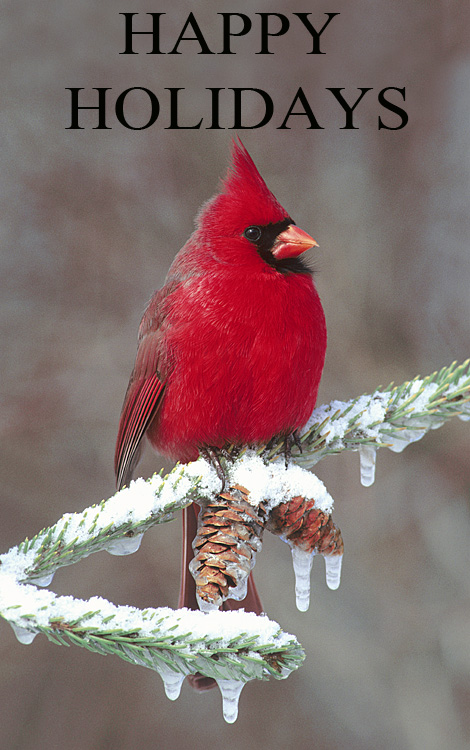 A Photographic Night Before ChristmasT’was the night before Christmas, when all through the house.
Not a creature was stirring, not even a mouse.
The stockings were hung by the chimney with care,
in hopes that new photo gear soon would …be there.

The photographers were nestled all snug in their beds,
While visions of great light danced  in their heads.
Dreaming of new images that they would make,
pictures of animals, field, forest, and lake.

When out on the lawn there arose such a clatter,
I sprang from the bed to see what was the matter.
I grabbed my camera and snatched up my flash,
Tore open the shutters and threw up the sash.

The moon on the breast of the new-fallen snow
made magic the light on the objects below.
When, what to my wondering eyes should appear,
but a miniature sleigh, and eight tiny reindeer.

With a little old driver, so lively and quick,
I knew in a moment it must be St Nick.
I must get this shot and I must be real quick,
I push down the shutter but alas there’s no click!

I can’t believe the luck, my batteries are dead,
where is that spare set I think in my head.
I fresh set of lithiums I have in my bag,
If only I could get there, man what a drag!

And then, in a twinkling, I heard on the roof,
the prancing and pawing of each little hoof.
I think to myself I know his next move,
down the chimney he’ll come, I really must move.

I grab the fresh batteries and say a few prayers,
I load up my camera as I dash down the stairs
I hit the landing and stopped with great awe.
Standing before me I must relay what I saw.

He was dressed all in fur, from his head to his foot,
and his clothes were all tarnished with ashes and soot.
A bundle of new photo gear he had flung on his back,
all kinds of new gadgets filled out his great sack.

His eyes-how they twinkled! His dimples how merry!
His cheeks were like roses, his nose like a cherry!
I stood there slack-jawed utterly dumbfounded,
my camera at my side all my plans were confounded.

He spoke not a word, but went straight to his work,
And filled all the stockings, then turned with a jerk.
With a twinkle and a nod, up the chimney he rose
I fired off the camera. All I got was his toes.

Once he was gone I snapped out of my trance
I smiled as I realized I had missed my big chance.
But I heard him exclaim, ‘ere he drove out of sight,
“Happy Christmas to all, good luck and good light!”

Thanks so much for following along.
Steve
Previous post
The Galapagos and Cloud Forest Trip Report
Next post
IT’S ALL ABOUT THE LIGHT