THINGS THAT GO BUMP IN THE NIGHT

I am very fortunate to be able to live out in the woods. Since all of the windows in my home reflect the surrounding woods, it is not unusual for me to have the occasional bird/window crash at my house. I think what happens is that as the birds fly they see the trees reflected in the windows and try to fly through them. Usually the bird seems to realize it’s mistake at the last minute and changes course and just bumps the window. But every once in awhile a bird will break it’s neck and die as a result of this mistake. I have moved all of my bird feeders further away from the house and this has greatly reduced the number of collisions.

Pictured below is the evidence left behind by one of these collisions. This particular impact was unusual because it happened at night, and was made by a little screech owl as it flew into a large picture window in my lower-level. The imprint that was left behind on the glass was made by the dust on the bird’s feathers. I made the image below the next morning, I placed a black cloth behind the window so that the impression would be more visible in the photograph.

I am pleased to report that the owl was not found dead below the window so I can only hope that only it’s pride was injured by this collision. 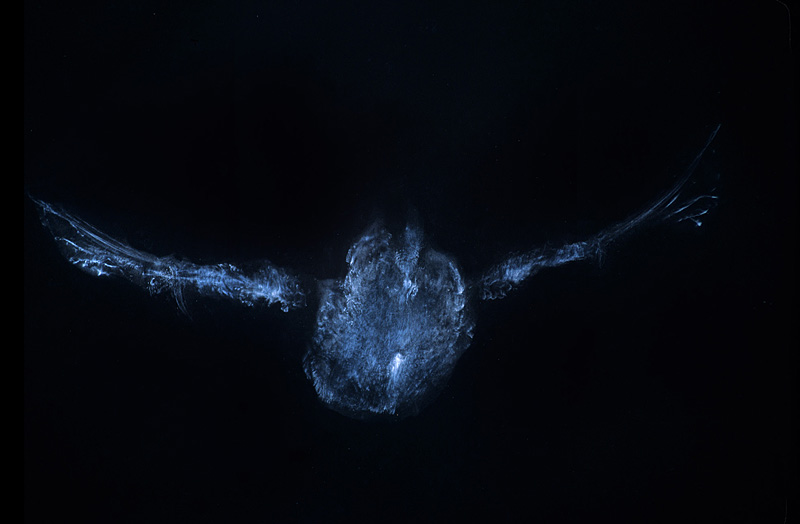