A few years back I had the privilege of spending some real quality time with a sandhill crane family. I have photographed cranes on the nest on several different occasions but this situation was about as good as I could imagine. The nest was located in Kensington Metro Park (a park very close to my home). The nest was very near the Nature Center so the birds were extremely acclimated to the presence of people. This was a good thing because at times there were more than a half a dozen people enjoying the experience. Over the course of about a month I spent dozens of hours photographing this incredible situation.

I found the nest early on and was able to photograph the adults as they incubated and turned the eggs. The incubation period for sandhills is about 30 days, during that time one of the parents was with the eggs at all times. 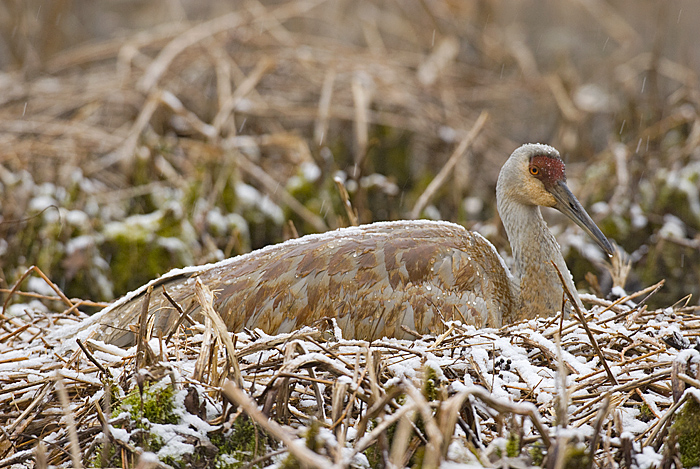 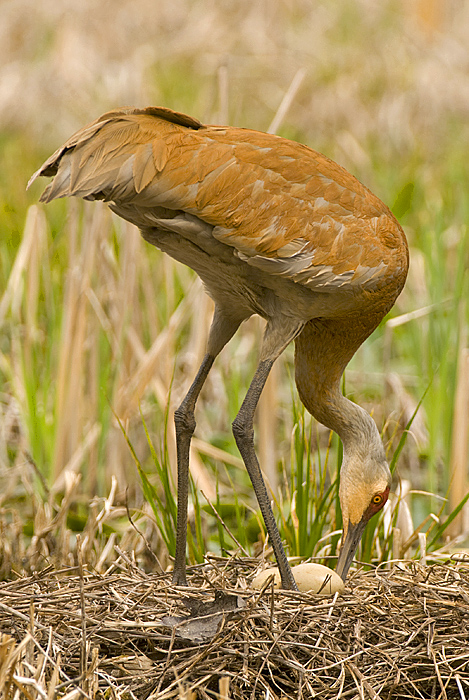 Finally after a month of waiting and checking, the first egg hatched. In this first image the female is still incubating the second egg while bonding with the older sibling that had hatched earlier that morning. 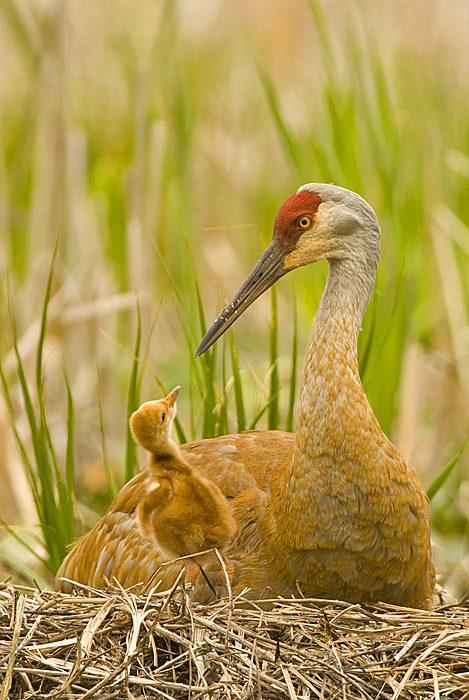 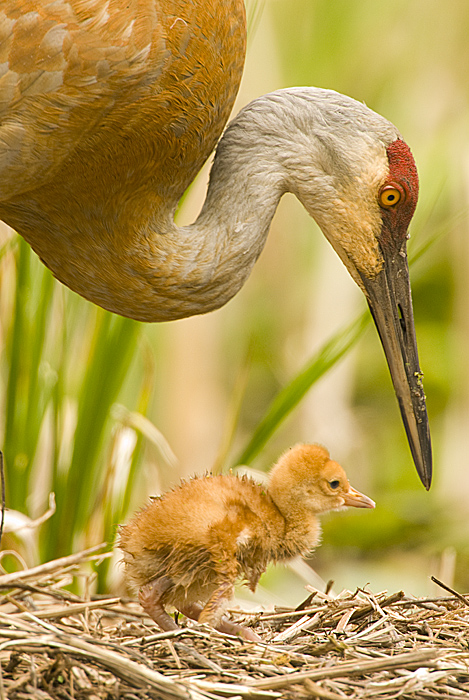 I knew that the following day the second egg would most likely hatch, so I was out early to try and photograph this event. This was my favorite image from that morning. In this image the mother is helping the utterly exhausted chick out of its shell, as the older sibling watches on. 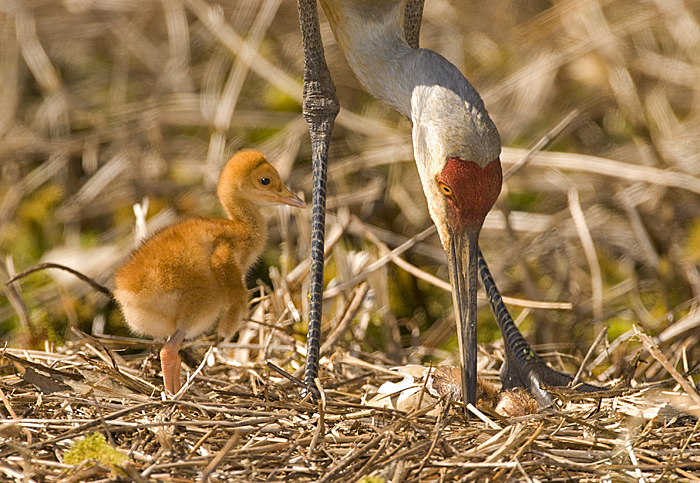 I am fairly certain that the younger sibling had no idea what he was in for. In true ‘survival of the fittest’ fashion the older sibling tormented the younger, smaller, chick for the first couple of days. The reason for this is that if he eliminates the sibling it means more food for him and a better chance at survival. This behavior stopped after the first couple of days when the younger bird got large enough to defend himself. I am happy to report that both chicks survived at least into the fall when I last saw them before they headed south for the winter. 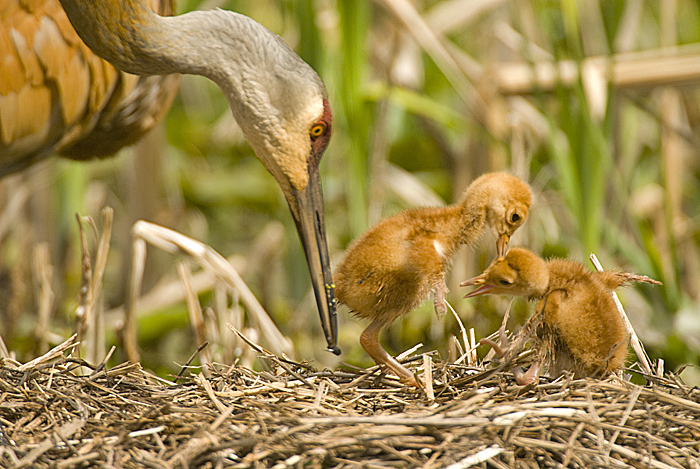