During my last trip out west I was able to spend a few days in Yellowstone. This was the earliest I had ever been in the park (mid-April). In fact they were just starting to reopen the roads in the park. The park is different every time I go, but the changes from season to season are of course more dramatic. I am usually in the park in the fall. At that time of year I rarely see bear because most of them are in the high country feeding on pine nuts, trying to put on weight for hibernation. But in the early spring they are just coming out of hibernation, are very hungry, and can be found down in the low country feeding on the carcasses of animals that have died during the winter, as well as anything else they can find. I saw bear every day in fact one day I found six different bears, four grizzly and two black bear.

Here are some images I was able to make of a grizzly bear that I was able to spend a couple of hours with. This particular bear was feeding on roots along a hillside near the Lamar Valley. As I was going through these images I was surprised to see how the bear’s body position could have a profound affect on the mood of the image.

In this first image we have the quintessential teddy bear, big round face, innocent eyes, and a chubby roly-poly body. This image to me has a nice restful, quiet feeling about it; the bear looks cute and cuddly. 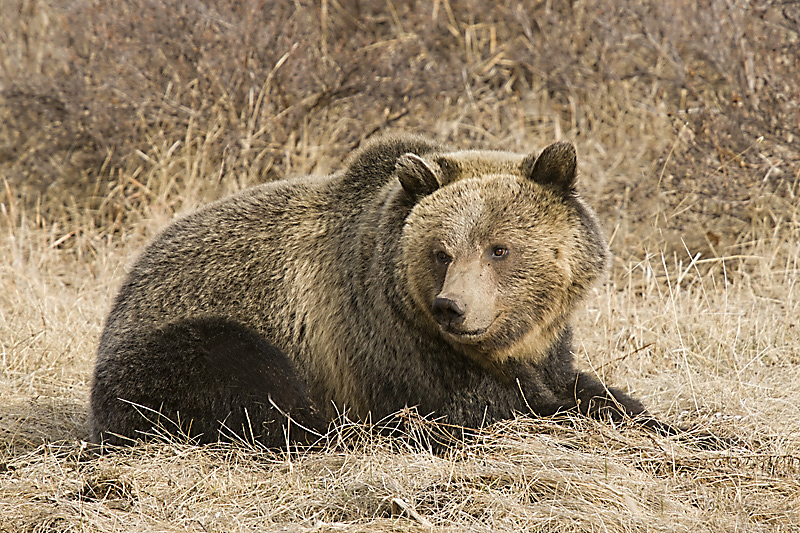 In this next image the bear has risen on his hind legs to get a better look at something on the other side of the next hilltop. For me this image is humorous, the bears vertical body position makes me smile. It also makes me curious about what has captured his attention. 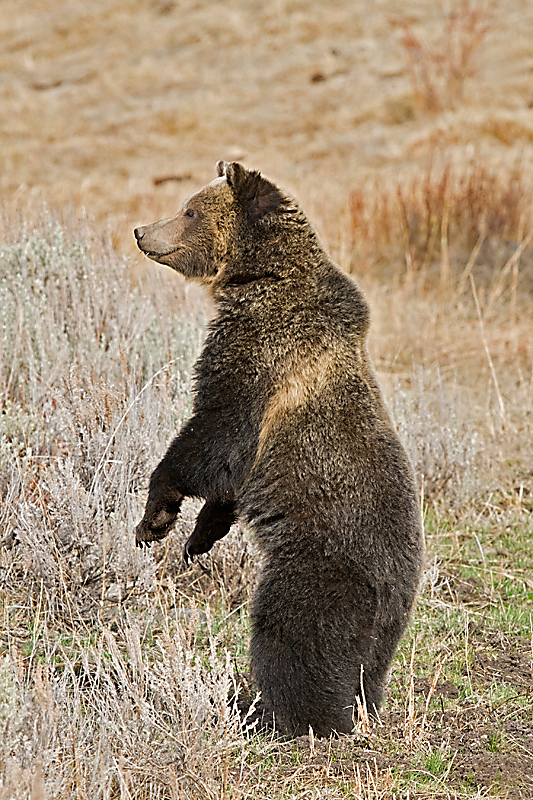 This final image has a completely different feeling. In this image we have direct eye contact, the bear’s paw is raised showing those big scary claws, his body posititon leads you to believe he is getting ready to turn and charge. He looks as if he may be thinking about having a photographer for dinner. (Not to worry Mrs. Z nothing could be further from the truth).  It is really just smoke and mirrors, I knew when I made this image that the bear’s body position and direct eye contact would give this image a tension a feeling of impending confrontation. The truth of the matter is that, the bear just happened to glance back at me as he was slowly walking away. 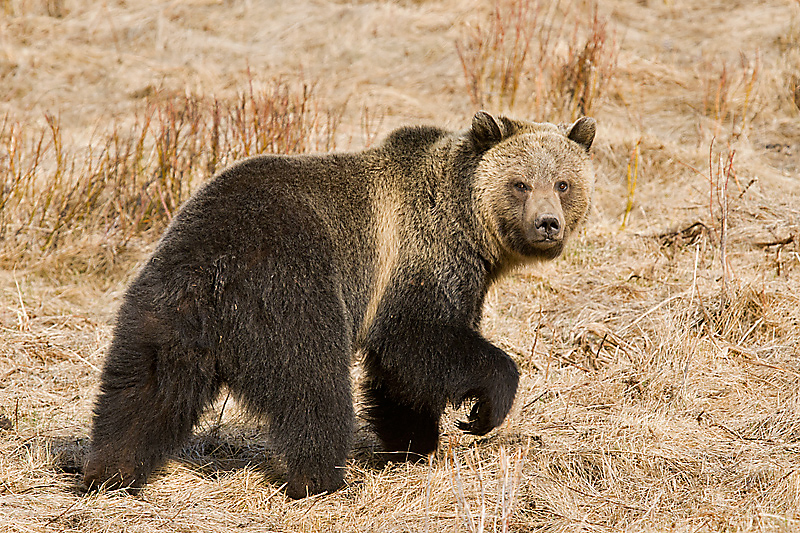