This spring was not as productive for floating blind photography as past years have been. I think that was due in large part, to an early warm spell that took the ice off many of the lakes in the area. This early breakup allowed the waterfowl to use some of the larger lakes that usually ice off a little later in the season. Also, the birds moved through quickly on their race north to get to their nesting areas. However, I was able to work some of the resident birds as well as some other creatures.

In this first shot of a swan, I was really attracted by the lighting (strong side-lighting with a very dark background). Back in the days of film, this tricky lighting is the kind of exposure that would have kept me up at night worrying that I had gotten it right. Now that I am shooting digital, I was able to confirm with the histogram that I had recorded all of the highlight and shadow detail in this image. I knew immediately that I had the correct exposure, that is one of the greatest benefits of digital photography. 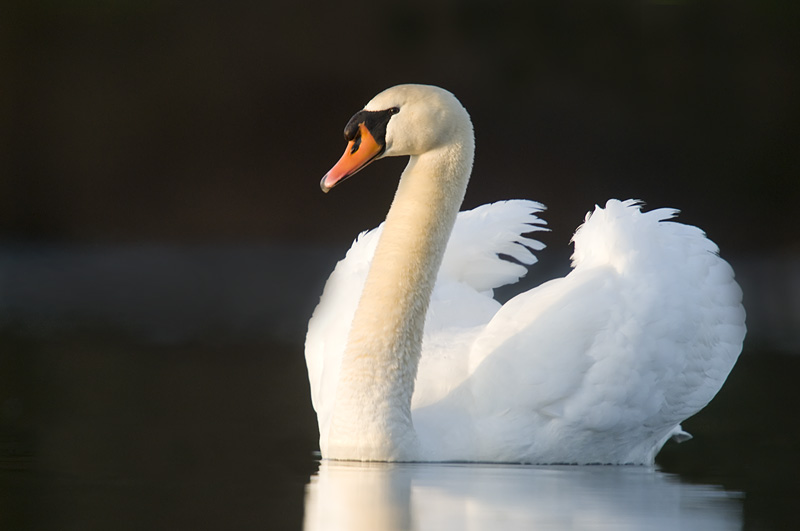 Next are a couple of wood duck images, both happened to be calling when I made the images. 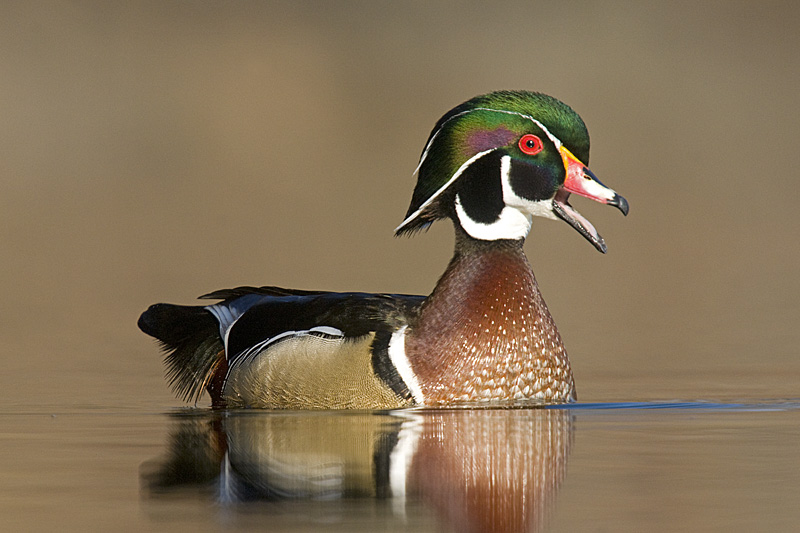 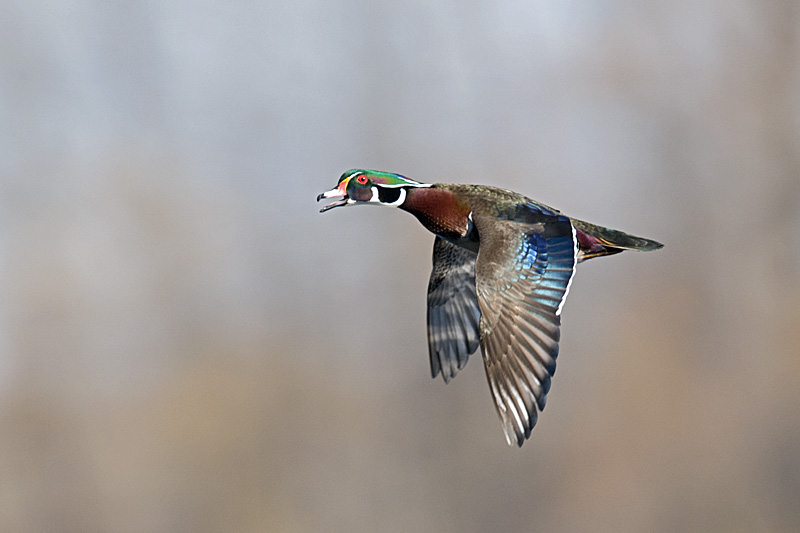 Without a floating blind, shooting painted turtles is very difficult, requiring a slow, painstaking stalk. When approached from the water in a floating blind however, they are almost oblivious to my being there. The close-up image below was taken with me about ten feet away from the turtle. 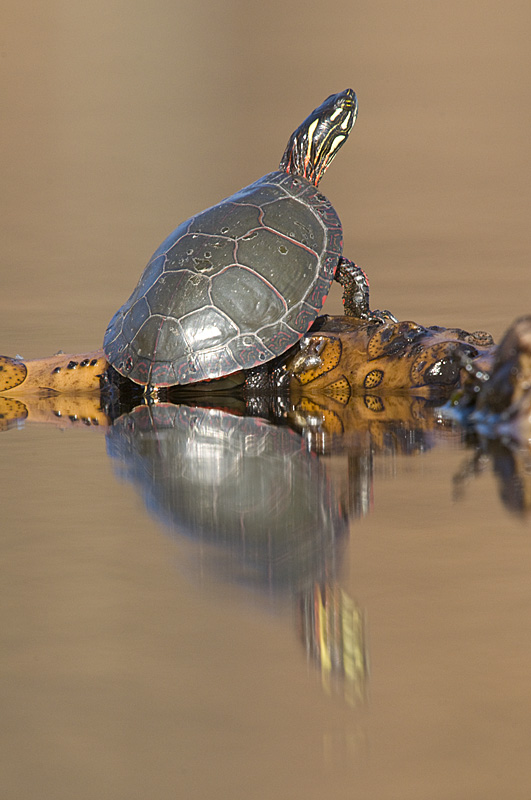 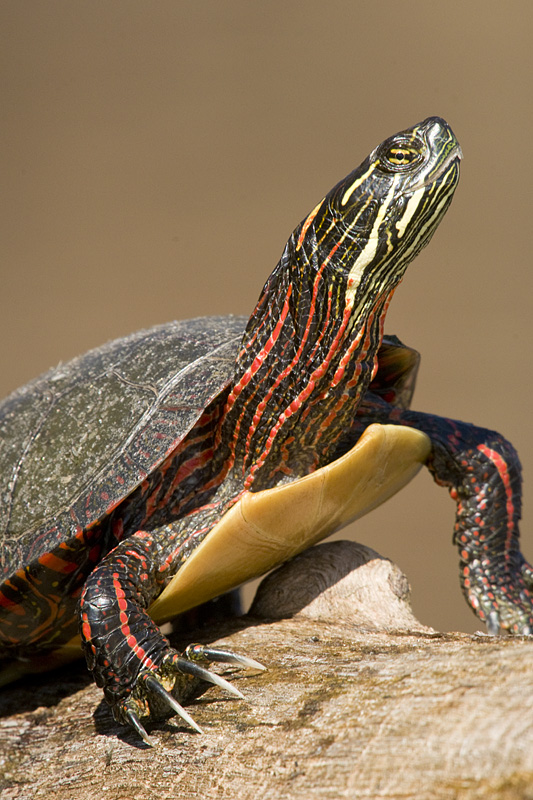 These two ring neck ducks were fighting over… what else a female duck. 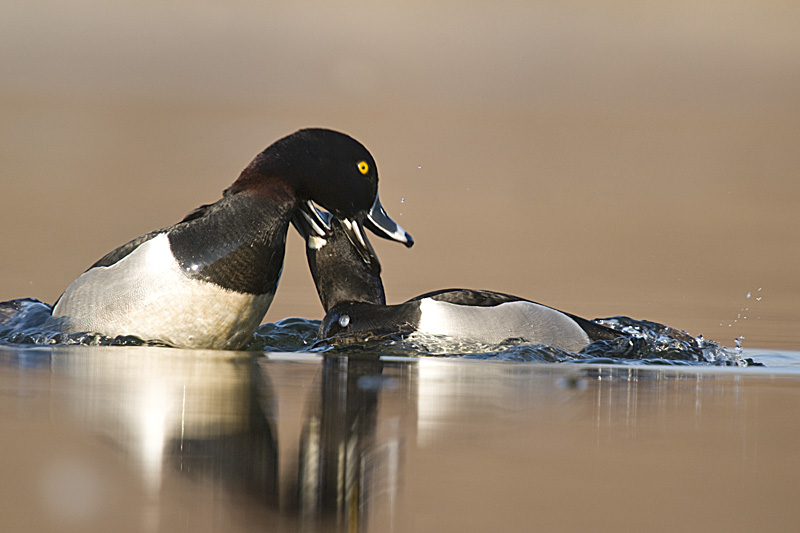 I have been trying for a few years to get an image of both a male and female duck. Everything has to lineup just right for both to be sharp. Finally this year I was able to get the image I had in my mind’s eye. 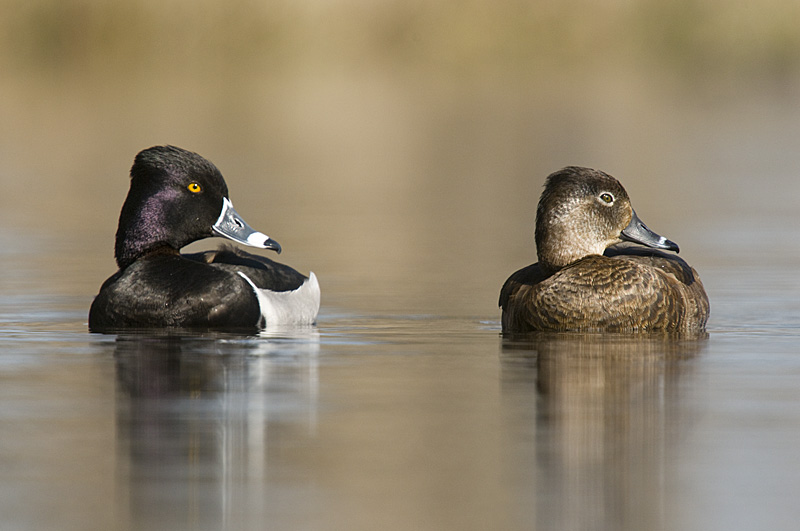 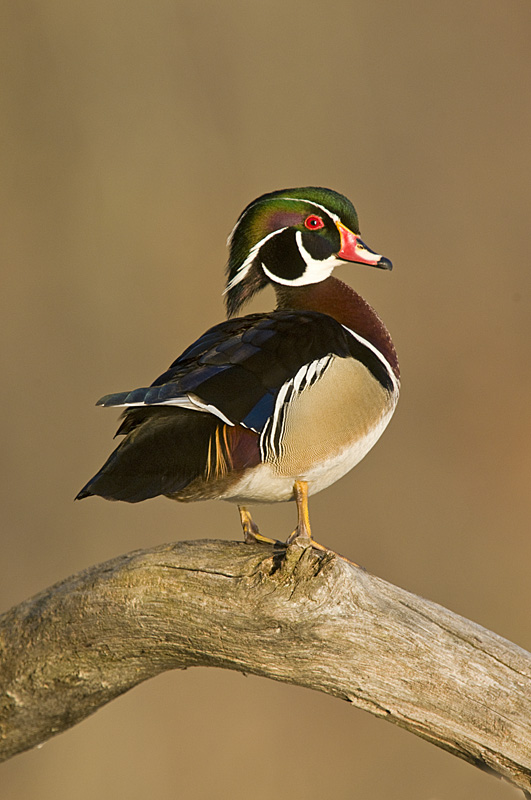 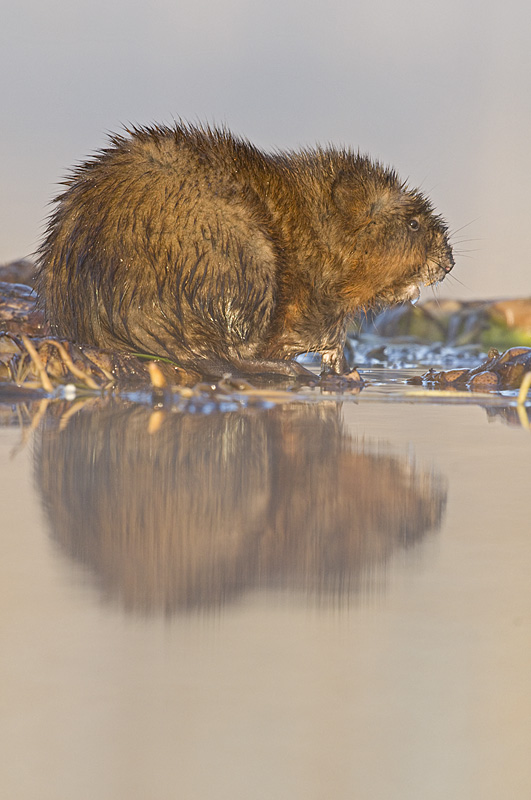 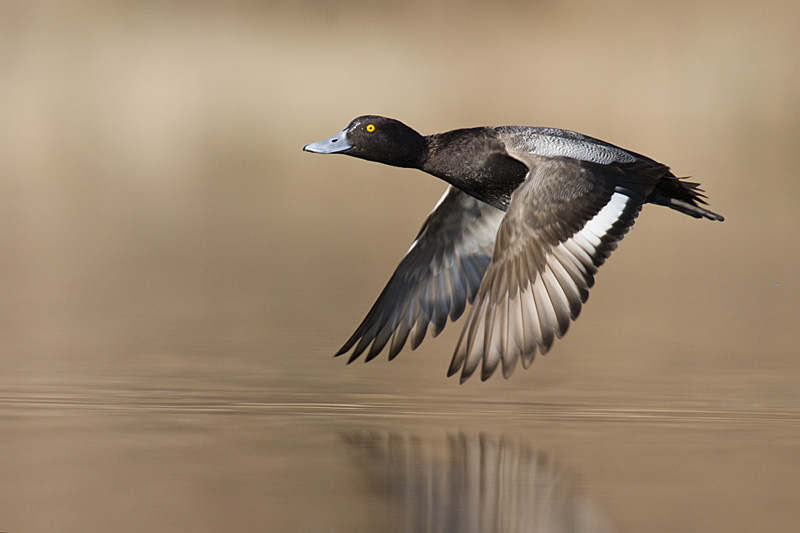 I was on my way in to shore after a morning shooting, when this Pied-billed Grebe popped up in front of me, with this giant sunfish in his bill. I was able to crank off a few shots before he swam off to a more private location to eat his breakfast. I wish I could have seen this guy try to get this fish down. That must have really been something. 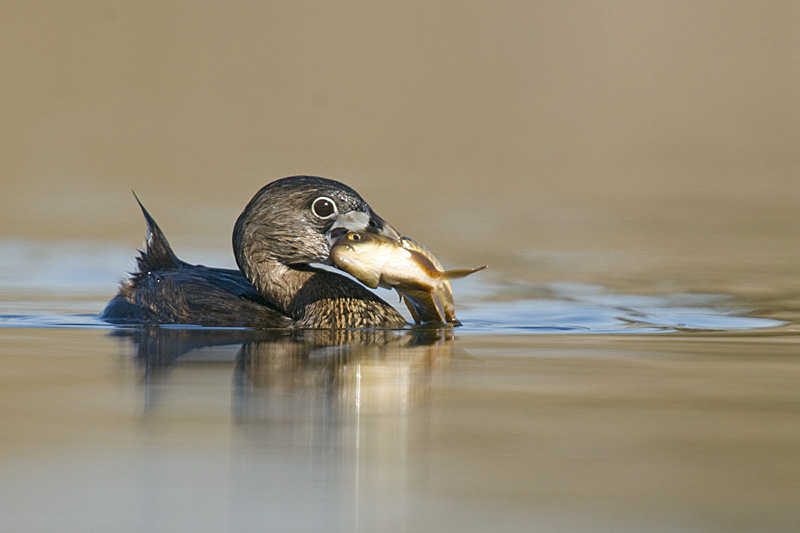