As promised, here are some more images from my trip to Costa Rica.  I apologize if you are on dial up because this is going to be a large post. I am going to try to get this done in one more post. 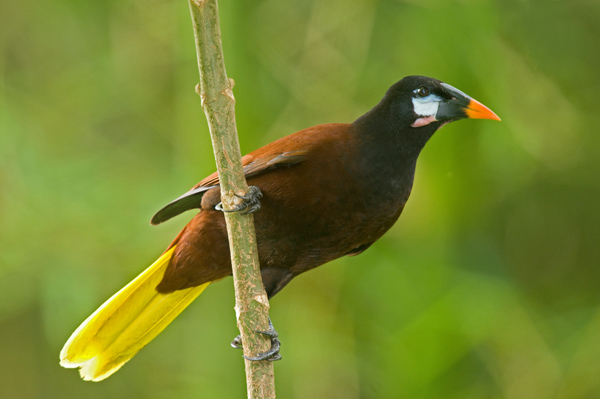 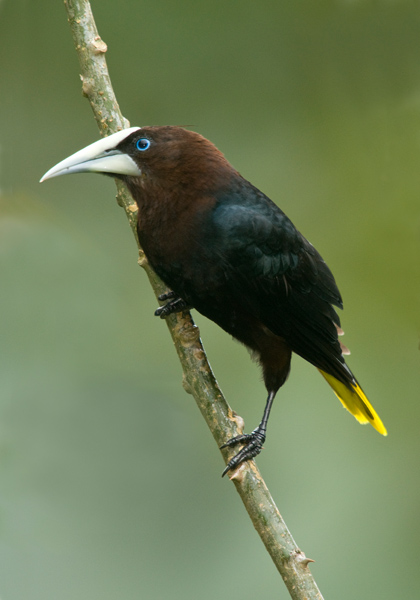 Some of the most spectacular birds in Costa Rica are in the tanager family we saw many different species but here are four of my favorites, the Bay-headed Tanager, the Golden-hooded Tanager the Crimson-collared Tanager, and finally the beautiful Flame Tanager. 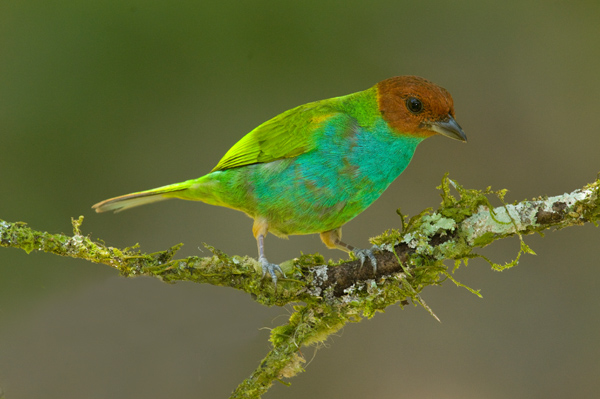 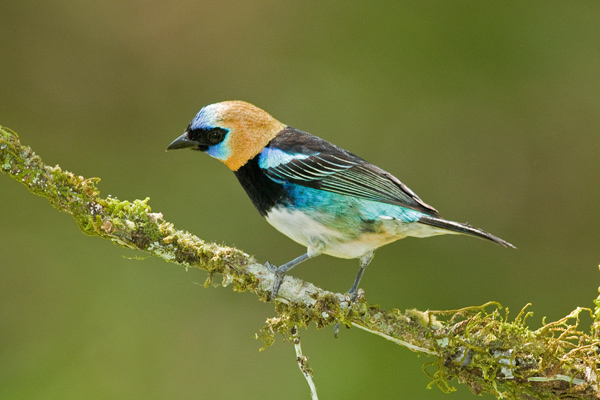 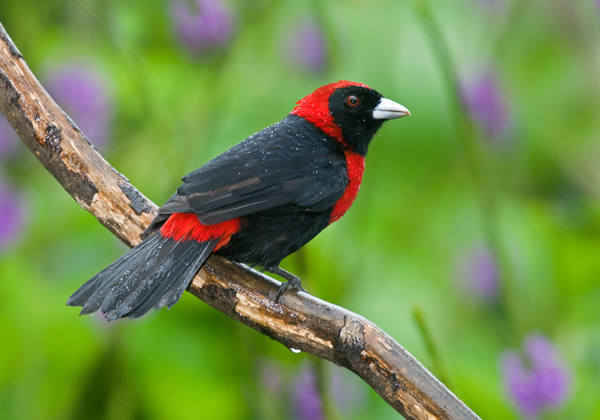 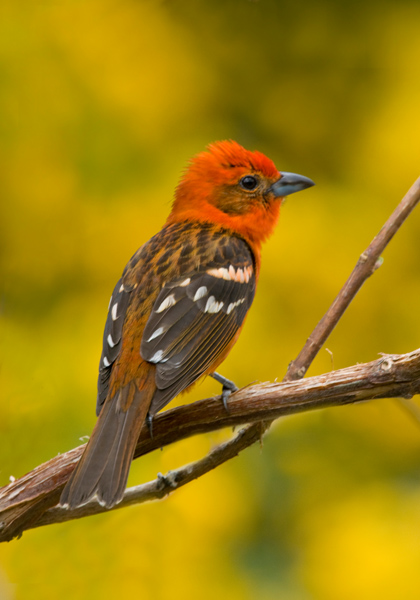 One evening, when I was using the lodge phone to call home I saw, what I thought was a bat flying around in the kitchen (I don’t think they have a health department in that part of the country).  When I tried to rescue it, I realized that it was in fact, a large Rothschild Moth. Below is a picture of the moth on my buddies hand to give it scale. The following day, while searching for a Mottled Owl that had been spotted in the area, we came across a very well camouflaged Bark Mantid.  This little mantid spends most of it’s life hiding on the trunk of a Royal Palm tree waiting for unsuspecting prey to wander by. 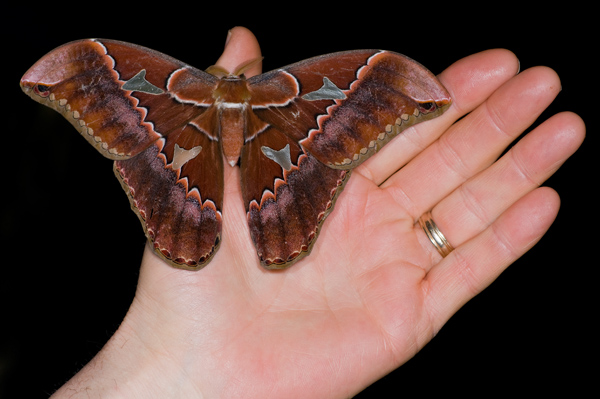 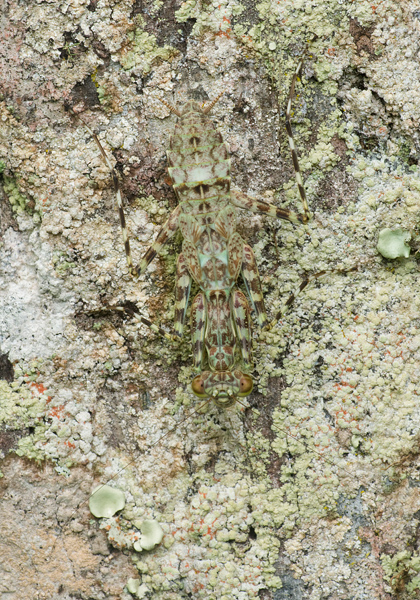 In Monte Verde, I attempted to photograph nectar feeding bats that have been known to feed at hummingbird feeders that are left out all night for them. I did not have great success because the night I had available to do this, it turned out to be very cold (Costa Rican cold is 55 degrees!) and rainy which slowed the bats down quite a bit. I was able to get one image that I liked though.  I really liked all of the pollen that fell on the bat’s head from the flowers which it normally feeds at.  Also, below is one of the few scenic images I made on this trip. There was so much wildlife to photograph that I did not shoot many landscape images, but here is one that I could not pass up. 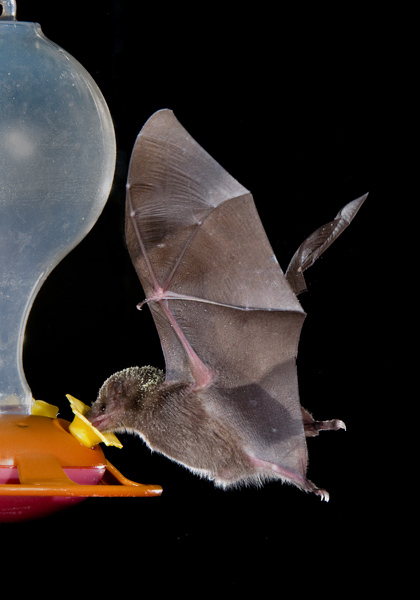 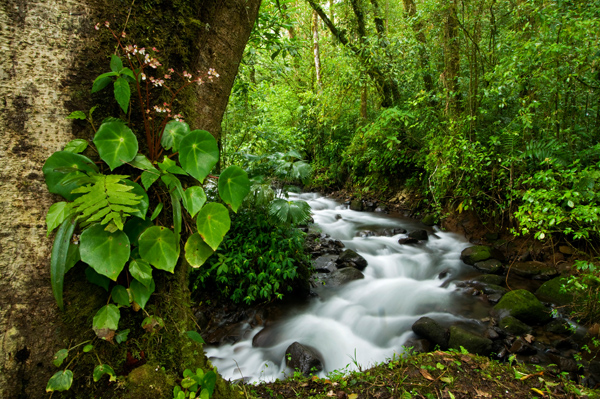 On this trip, I was also able to get images of two very interesting subjects that I have always wanted to photograph. The first is the Northern Jacana. This unique bird has developed extremely long toes that enable it to walk on the top of lily pads and other aquatic vegetation.  From this unique perch, they are able to hunt their insect prey. The other subject that I was very excited to photograph were leaf-cutter ants. These amazing creatures have to be the worlds smallest farmers.  They climb up trees to make tiny leaf cuttings which they then take back to the nest and use as a growth medium for the fungus that they grow as food for the entire colony. I spent a couple of uncomfortable hours laying in the mud on the jungle floor photographing these ants.  It was however, definitely worth a little extra laundry.  I wonder if the ant hitching a ride was the boss or just lazy? 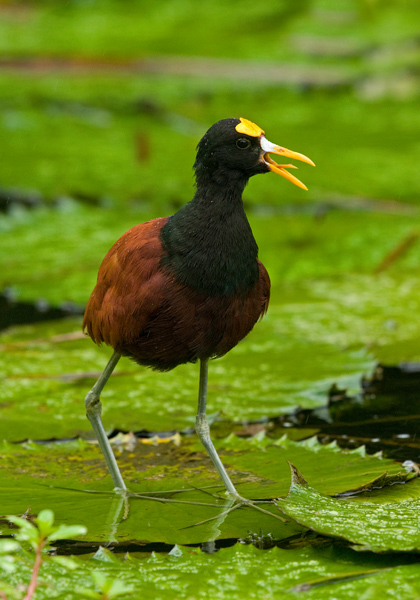 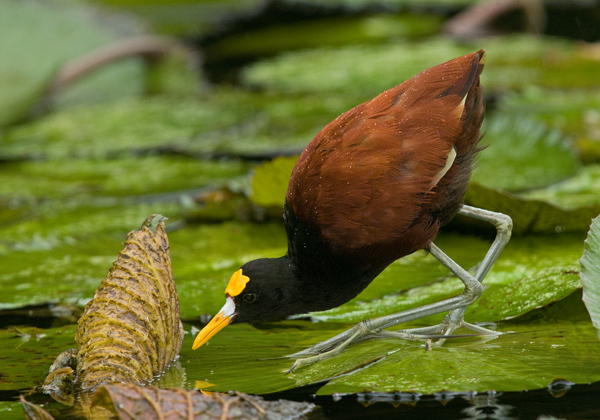 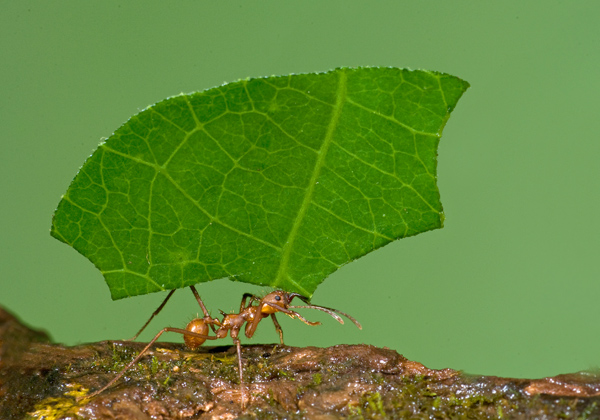 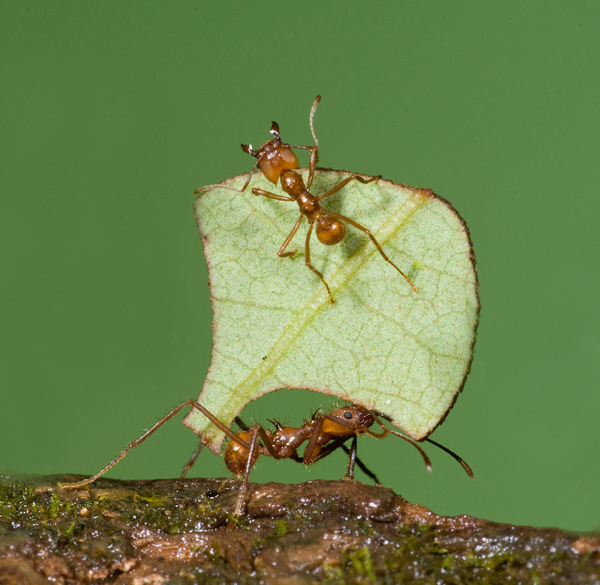 Pictured below are an Emerald Toucanet, a Blue-crowned Motmot, a Long-tailed Silky-flycatcher, and a Collared Aracari. 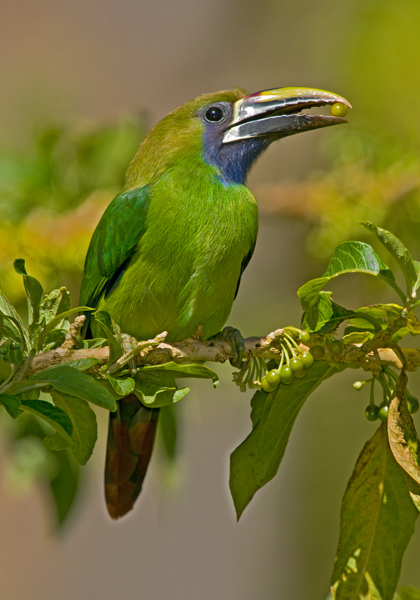 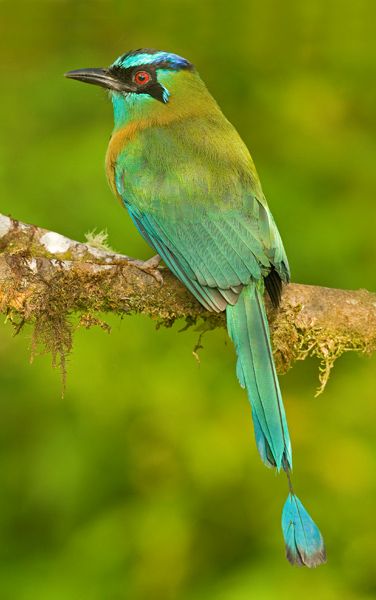 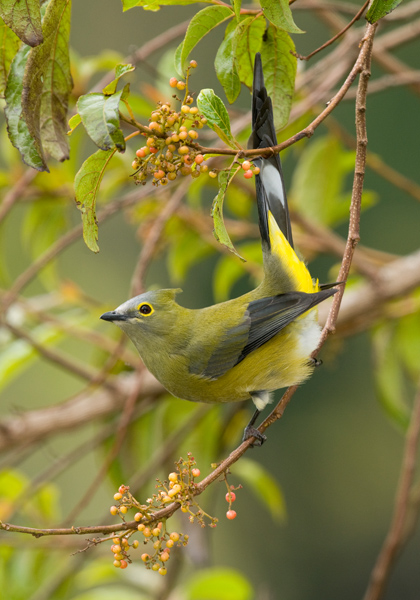 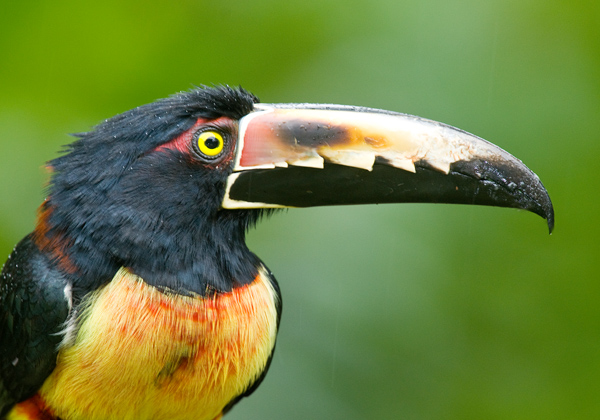 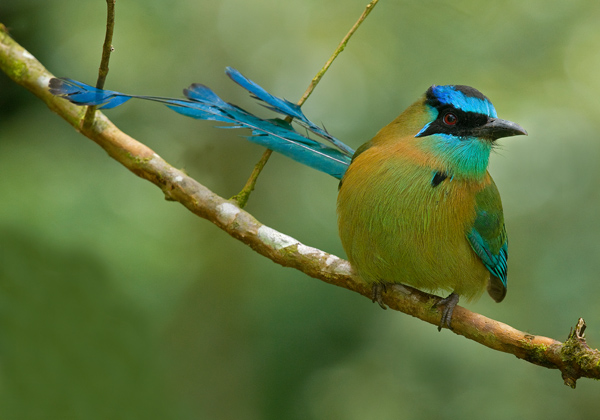 I will finish off this post with a couple of high-speed flash images of hummingbirds.  On the left is a Bronze-tailed Plumeleteer, and the spectacular fellow on the right is a Violet-crowned woodnymph in full reverse. 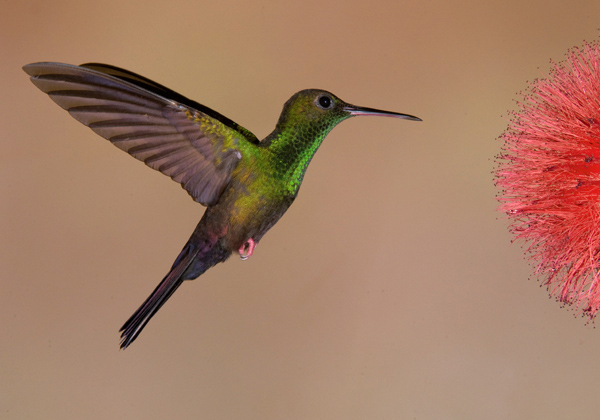 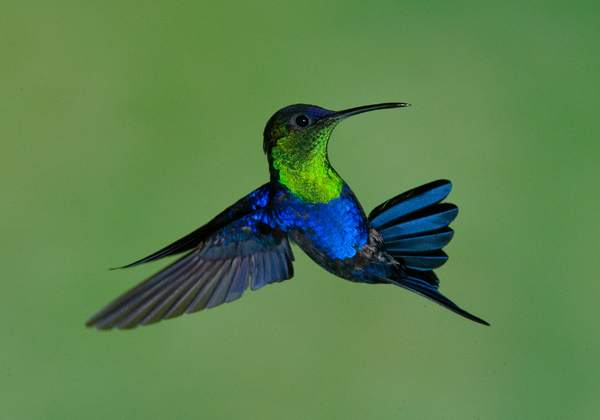