IMAGES FROM THE FROZEN NORTH 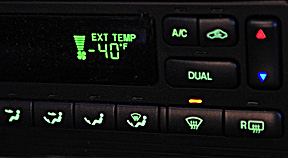 Last week I travelled up to Northern Minnesota in search of northern bird species whose idea of going south for the winter is coming down to the far northern edge of the US. I picked a great time to do this because it was brutally cold when I was up there.  One morning it was -40 degrees without the windchill!

I have to say I was very impressed with how all of my equipment handled these extreme temperatures.  Everything preformed well although a little stiff and a little slow.  I did have to keep my external flash battery in my coat or it would lose it’s charge in just a few minutes. I was dressed for the weather and was relatively comfortable for the most part.  Although if I had to carry my tripod very far my hands would freeze solid in under ten minutes.  I cannot wear very heavy gloves and still be able to operate my camera.  In such extreme cold the tripod (or any surface) acts like a heat sink and literally sucks the heat right out of your hands.

The real story here is how these little birds handle these terribly cold temperatures. Birds have many adaptions to help them survive the cold. Many birds such as the Common Redpolls below grow as much as 50% more feathers to help them get through the winter. Note how the Redpoll in the second image below has his feathers fluffed up. This traps more air between the feathers which increases the feathers insulating powers.

I also located a small flock of Boreal Chickadees a tiny little bird that spends most of its time in Canada and Alaska. They are very similar to our more common Black-capped Chickadee, also pictured below.

One of the main reasons I was up in Minnesota was to try and find Great Grey Owls and Northern Hawk Owls. These owls migrate south usually in search of food. Some years, when the vole population in Canada crashes we can have owl invasions, when thousands of these magnificent birds come to northern Michigan and Minnesota. This however was not one of those invasion years, I was only able to find one Great Grey Owl and a few Northern Hawk Owls. Here are some photos I was able to make of a Northern Hawk Owl.